A pending task is a task that is waiting to be worked on.

A task in-progress is a task that is currently being worked on by the assigned user(s). Upon completion of the task, the next task(s) in the workflow will be put in-process.

A completed task may be rejected. When the task has been rejected, the task will go back to the original assigned user(s)

You can change a task's status by clicking on the status indicator pretty much anywhere in Flowmingo. You may also add an optional comment and @mention to notify other interested users 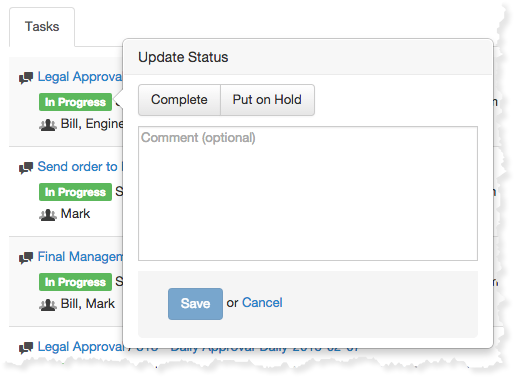 Changing a Task Due Date

You can change a task's due date by clicking on the calendar icon in either the workflow or task's detail screen. You may also add an optional comment and @mention to notify other interested users 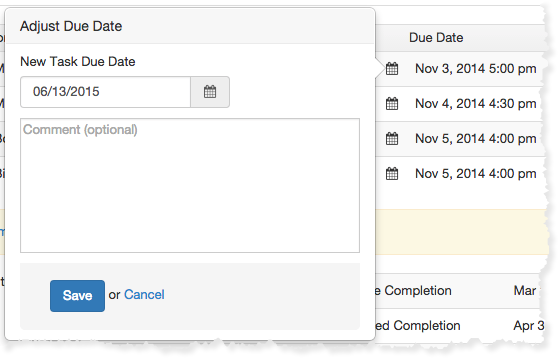