We're still working out some of the rough edges, but we've opened up early access beta to Flowmingo's decision tasks.

What are decision tasks?

Basically a task that prompts the user with a question and then proceeds down one of two paths based on their answer. Yes or No.

For example a task called "Review contract" may prompt the user with "Proceed with contract?"

The user would answer 'Yes', 'No' or reject back to the previous task if the contract was missing data. 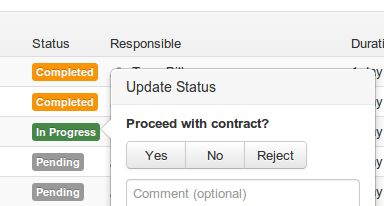 What does this mean to existing workflows?

Nothing - they will keep working as they always have. You can create new revisions, clone them etc.. Nothing changes.

What does this mean to new workflows?

Here you can see that the “Notify parties of the decision” will not be reached since the contract has been approved to be signed. 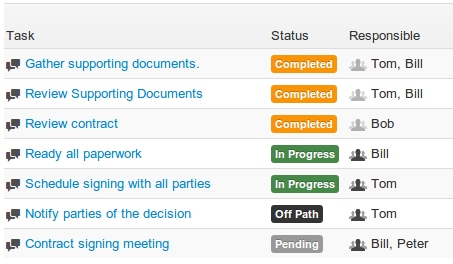